Over the weekend, I didn’t have anywhere I needed to be. I wasn’t working in the library. I didn’t have any book events. It was the first weekend since Maid of Murder was released that I’ve been able to dedicate completely to actual writing.

I spent all Saturday revising the second India Hayes Mystery, Murder in a Basket, forcing myself to stay inside to finish the book even though it was a rare beautiful November day.

Eight or nine hours later—I lost track at that point—I blinked at the screen as the novel was finished. Before I emailed it to my editor, I went for a quick twilight-lit walk through my neighborhood so that I could think about the changes I made. I worried over sentences that sounded fine an hour or two before. Back at home, I made final tweaks before nervously sending it off.

When I hit the send button on my email, it was with a big sigh of relief because now the book was my editor’s “problem,” and I also no longer had the option to make more tweaks, which any writer will tell you could go on forever. There’s always a better way to write something. It wasn’t my editor’s problem for long. She’s decisive and lighting fast. She emailed me back a couple hours later and said the novel was ready to go to the copy editor. From the copy editor, it will go the graphics department to work up a cover, then to production, and so on. I will get to read the manuscript again one more time before production, but that’s it. It is what it is, and I’m happy with that. I’m looking forward to people reading this book in January 2012. I know that sounds like a long time to wait, but in the publishing world, it’s just about right.

In the meantime, I’m already mulling over ideas for the third India Hayes mystery. For one thing, I know the book will take place in February. I can’t wait to hear how India will describe a northeastern Ohio winter. It won’t be too lo 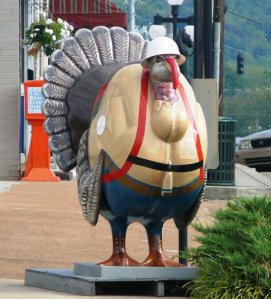 ng before I’m hard at work on that book, but I’m going to wait until after the holidays.

4 thoughts on “Off to the Copy Editor”